We’re running into an issue that’s difficult for me to identify what’s happening:

We have a component named TextInput which has several variant groups, including:

Incidentally, we have an additional boolean variant named LabelHidden that’s functioning as expected in AnimationName.

I’m not sure if this is a bug, or, if I’m overlooking something really simple. 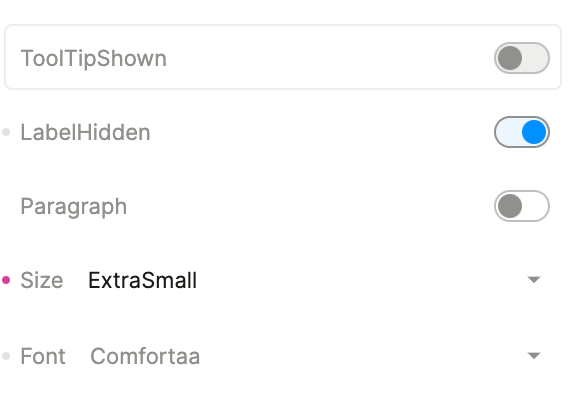 You can hover over the dot to debug why the tooltip element is visible, it looks like it’s just being shown in the LabelHidden variant?

Thanks, Yang! That was embarrassing