Apply a layer blur only on frame background

a blur backdrop effect gave me what I wanted

I don’t really understand this one, can you elaborate?

Instead of directly expanding into this interface 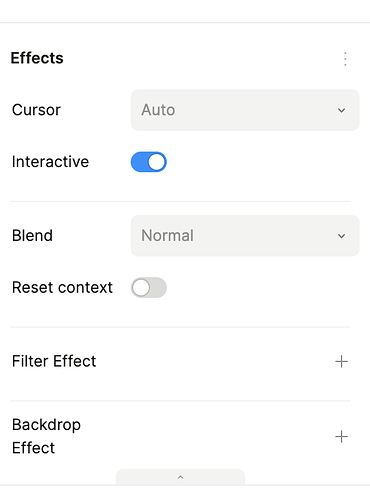 you could add a plus in the collapsed state, like this:

and let people choose between some premade effects

like the glowing text I showed in the video

or a blur on the background 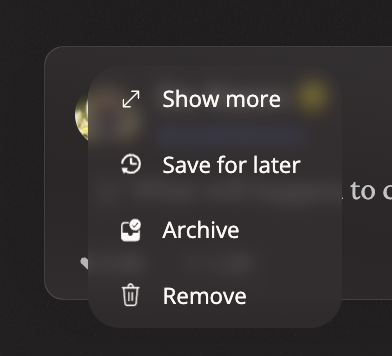 You should also remove this Apply dropdown menu.
And either don’t hide those two tabs or add them to the bottom.
But I think you’d want those two feature sets to be used more.