Framer released their low code platform called Framer Sites Beta. It has a built-in code editor (based on VSCode) that allows you to write the components directly inside Framer, or it supports importing them as an ESM module. 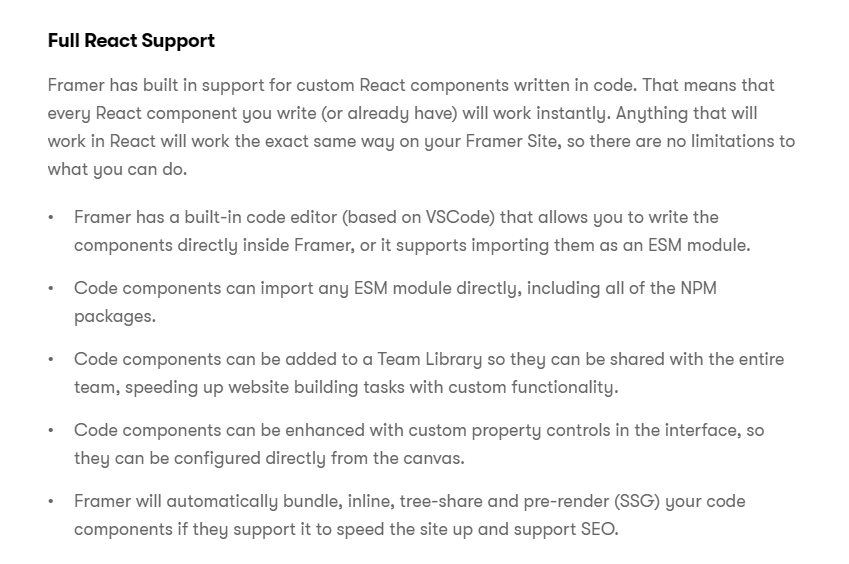 yeah that’s great! but i think most of us are using plasmic because we want to integrate with an existing workflow.
or because we want to be able to create UI fast, and still have the power to do complex Logic in the background, rather than try and build everything on a full no code platform.
There’s heaps better no code platforms than plasmic for full development stuff. but plasmic is easily the best designer and builder, and is super easy to integrate into a professional workflow.

I use low code tools because writing CSS styles is the most tedious part of web development, especially when you have to do responsive design.

It is good for developers to see these low code tools learn and compete with each other and improve constantly.

oh i agree! i hate CSS, i’m just laying down my point as well

i use bubble for full prototypes by the way! so usefull!

Bubble used to be a great tool for prototyping. Now it becomes a little bit out of date. Just like Bubble, Plasmic used to impress me a lot. As time goes on, more than more tools appear, one day it will become next Bubble.

interesting! i think bubble is great. what don’t you like? i also think plasmic is awesome and only getting better :rolling_on_the_floor_laughing:

I watched a video about using OpenAi to automatically convert description to code, like functions. It also can convert design to readable code.