How to get projects to load without preview mode?

hi, i’m trying to get my projects to work without “preview” mode turned on and am running into several problems.

first, I have about different 8 projects registered to my plasmic loader. i’m trying to load just one project (I’ve specified the projectId on the PlasmicComponent) which I’ve published, but I have several unpublished projects and I’m seeing an error come up because of that: 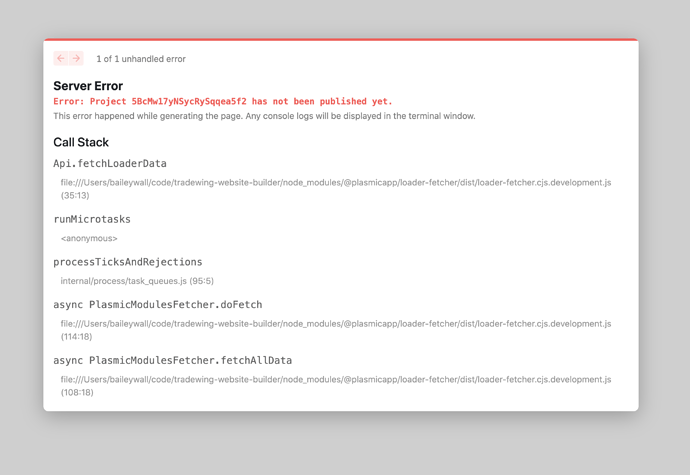 I then tried to just create a plasmic loader with just the project that I want to load (to use in the next.js page). The error goes away when I do that, but there’s nothing actually rendered on the page.

It’s pretty inconvenient for us to only be able to add a project to the plasmic loader once it’s been published, but is that the suggested workflow? If so, what impact does that have on the code components that are in use in the unpublished project (since the components aren’t actually being “registered” to it in plasmic-init)?