How to pass props to a Button component?

Anything obvious I’m missing here? I’m trying to render the ButtonPlasmic component with the following code, but it’s not converting the button to an a tag or adding an href . Also keeping it as a button and using onClick on the root doesn’t work either, it seems like props on root aren’t working but other props (like children) work. 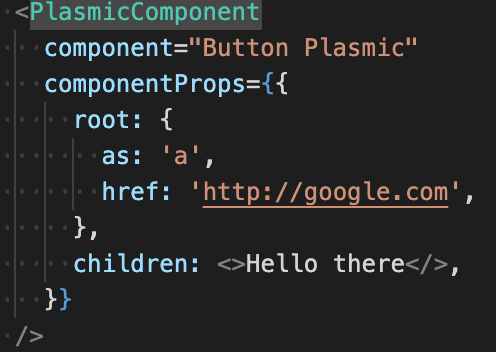 Can you try passing in href directly to the component instead of its root?

Yeah that works, the onClick is firing here. Is there a way to get it working with root though? We’ll probably need that as functionality at some point 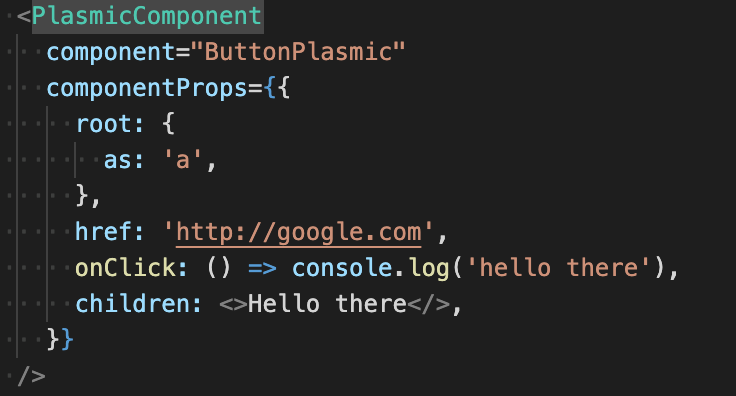 I think that this is one of the special interactive (plume) button components in plasmic so it’s treated a bit especially. It automatically becomes an a tag if you pass in an href, otherwise it’s a button. You can explore the API if you go to the code button in the toolbar, there’s a drop down there that lets you go into the API explorer, where there are more code examples.