an error occurred when plasmic studio called the code component module that we created. when we add a component via plasmic studio, it can display it into studio but fail to call the module when deploying code (“Module not found: Can’t resolve”).
after I synced the code and I checked it on the code there was an error in the file url generated from plasmic studio “…/…/…/Audioprops” where it should be “…/…/Audioprops”. after I changed the url of the file I managed to deploy my code to the server. but plasmic studio does not recognize the component anymore and displays an error message.
I’ve tried placing the component file in a same folder with the homepage file and it still produces the same error
can we solve this error?
thanks

Since you are using codegen, you need to make sure that you are registering with the correct importPath.

Note that this is relative to the directory where the component files are generated, looks like you may just need to remove an extra …

If you moved the file, then the rest of your code that is doing normal imports of the component also need to be updated, maybe that’s the issue you were seeing after you tried moving the file? Anyway, you shouldn’t have had to move the file, you can try just updating the importpath 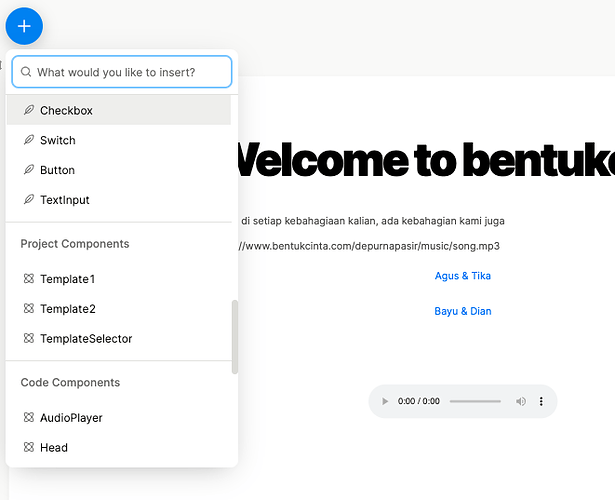 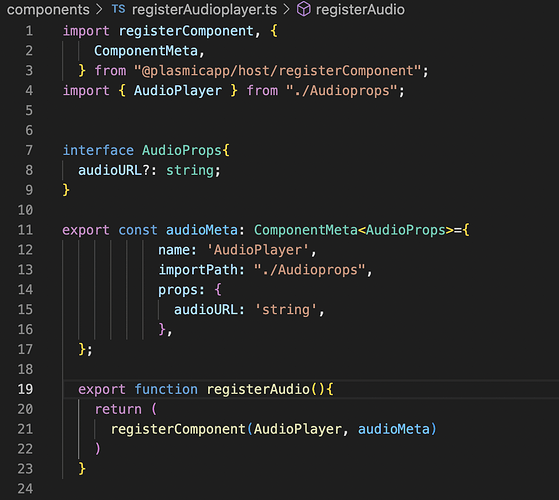 I create a component in that way, and it managed to show up in plasmic studio, and i can use it normally. but when i want to sync the code to my localhost code with “plasmic sync” and then the web say error “module not found” . may i doing a wrong workflow to register a component ?
thanks 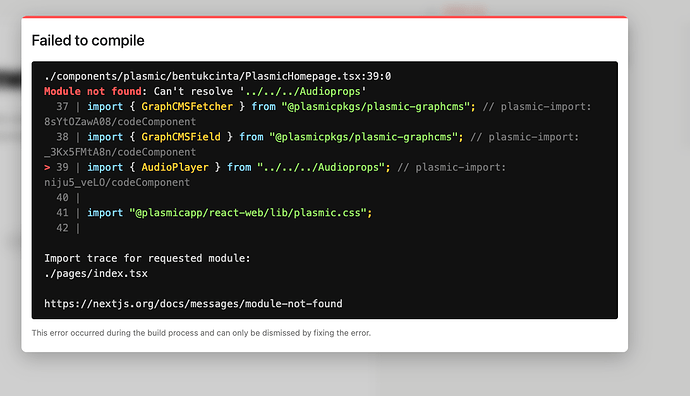 case closed, i have fix it, i point the path from importPath COmponent porps