Hey guys, the response time seems to have an additional 1000ms+ minimum when going between pages.
In network, it shows as GET request with TTFB of 1.44 seconds. Thats not really usable… Is this normal? 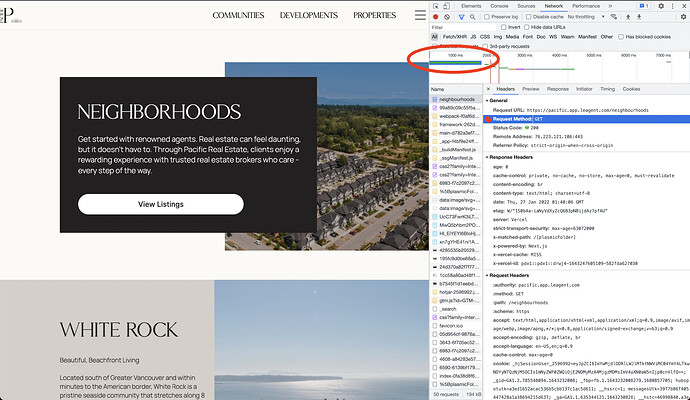 That does seem really long for the initial html… is this page being server-rendered or is it statically generated?

iv had this on my site in the past

@chungwu its server rendered! We’re trying to scale and have plasmic to be an editable site for all websites. I wonder if it’s a unique bug or something we’re doing that can be improved.
@direct_boa How was it solved? (If you don’t mind)

yeah, I just tried it and every button and page is super slow. just a suggestion but this site could easily be deployed as 100% static. if you do, it will be much faster.

You should instrument your ssr to see what’s slow; and make sure when you fetch from Plasmic, you’re not using preview: true in your initPlasmicLoader call.

Also, consider static incremental regeneration - it will still generate and and update pages without a rebuild on the fly, but caches the previously generated version in the meantime. https://nextjs.org/docs/basic-features/data-fetching/incremental-static-regeneration

Thats amazing guys, thank you so much for your help! I’ve sent the instructions to the team.
Thank you!