does it work if you manually upgrade your @plasmicapp/react-web?

what’s the command you run to upgrade? do you see the command that the cli is trying to run?

sry for the late response

also, plasmic.json doesn’t update. I had to go into the file and change the version numbers of each package.
And I had to manually delete the twitter widget from it. deleting it inside the studio wasn’t enough.

And for plasmic-basic-components I still got the message for force updating it even though it was already set to 3.0.0 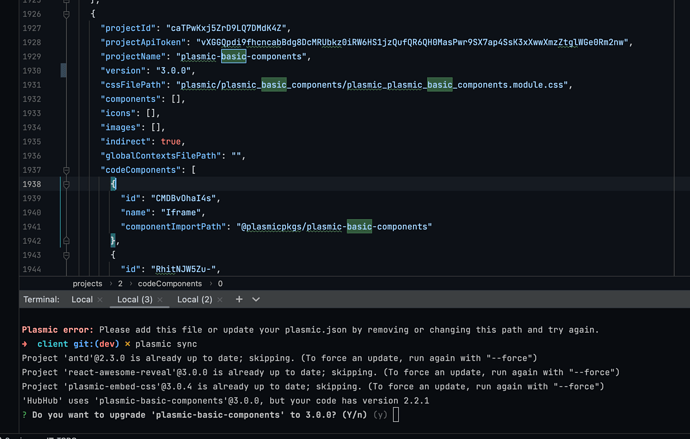 @chungwu related to this issue might also be, that the antd collapse component I recently added is not found

(a few days ago I was talking about the collapse component in a different thread and I made a video: https://www.awesomescreenshot.com/video/9926525?key=577c5f7e97f06bf67568768f0af0a0e7 about it not working inside one of my components)