I think an easy feature, that could make collaboration a lot easier is providing note fields.
one at the top of every page or component, which can be expanded.
Possibly also one for each variant or variant-group.

Teams like to have a source of truth. Which for many is their design system in Figma. Or sometimes they use Zapier and-or Storybook.
And if it’s a good overview of components and how they work (both for users and under the hood) it’s enriched with explanations, tradeoffs that have been taken, gotchas etc.
Since I’m using Plasmic, it has taken over the job of being the source of truth of how components look and work. I don’t bother fine-tuning components in Figma anymore and making variants work for my outdated Figma-prototype.
I have created another Figma file just to explain stuff, like my database design. And in the past I have experimented with using screenshots to also explain components and their key parts visually as shown in this old screenshot. 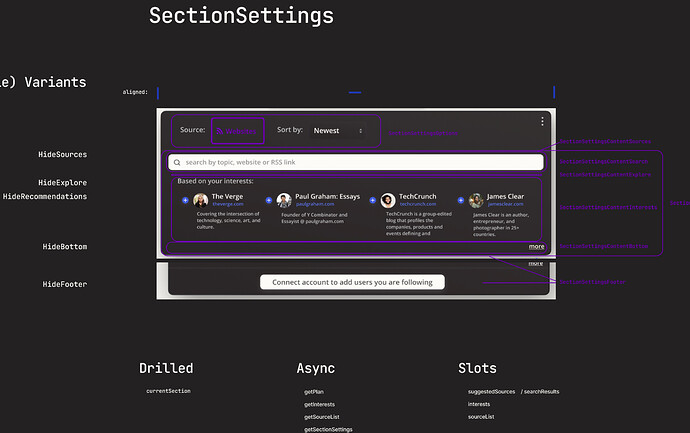 But doing that is not of much use for me now.

I just think an ideal place add necessary explanations for components would be the one “source of truth” where team members tend to look to learn/remember about a component. Which Plasmic wants to be.

This is super cool. I wanna learn how to do this. I’d encourage you to make a video about this process. I know as someone learning it would be hugely beneficial

Not sure what you want to learn.

I don’t have a process. I’m just convinced that any business has to damn well make sure that it’s systems are communicated clearly and efficiently to it’s participants.

It has to be a magnet for information. If I hire a freelancer, I may not just be looking for a checklist of tasks to be delivered. I encourage that person to go an extra step and explain their work. with comments or with a quick video.
So in the future me, or someone else can repeat or reshape it with less friction.
Code-bases are such a glaring example. because so much time has to be spent reading and discifering code. If that can be circumvented with explanations and visual overviews, than that’s a good use of my time, even if there’s no-one there to respond to that explanation(yet).

If you want to know how this is done technically in Figma… it’s just some screenshots taken with cmd+shift+4 and some rectangles and lines to connect information.

Figma has the benefit of giving you more stylistic freedom. eg I was able to use the Jetbrains mono font, that I like.

But most of my explanatory and exploratory writing happens on another tool that provides you with a canvas. It’s called Scapple and I’m always happy to promote it. For code explanations it can look like this: 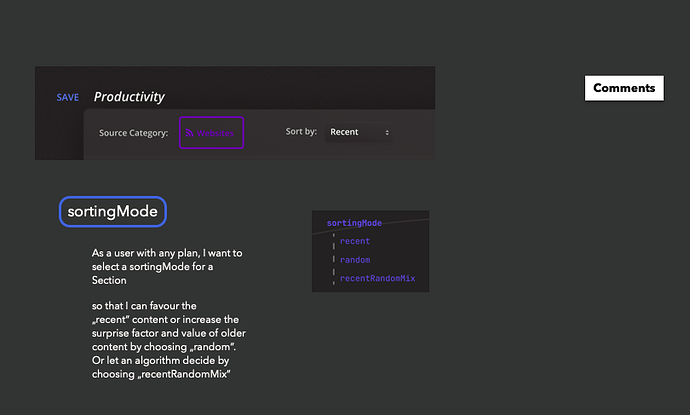 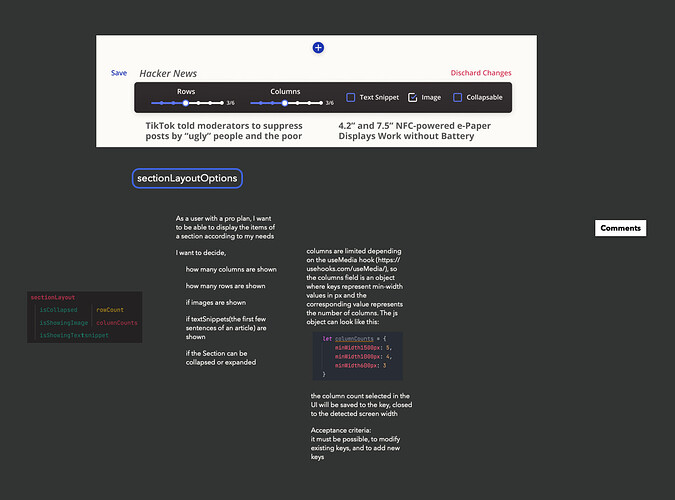 Oh got it, I see what you mean now. Hahaha. I do something similar, albeit less detailed, in figjam