I’m having a typescript error, not sure if this belongs in issues or general - as things are working, just ts is complaining. I created a Component using the studio. The component has two slots and a named element. I’m able to override the named element, but typescript doesn’t seem to like it. Details in thread.

Here is what my component looks like. It has a slot target of label and error and the input field is a named element, named input 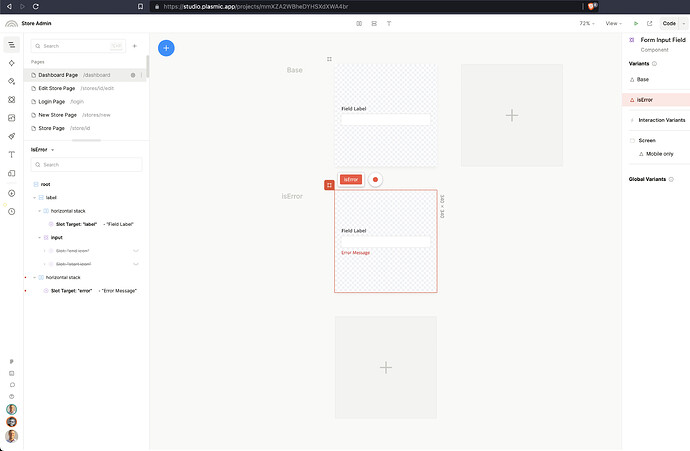 Here is what it looks like API explorer, working as I intended 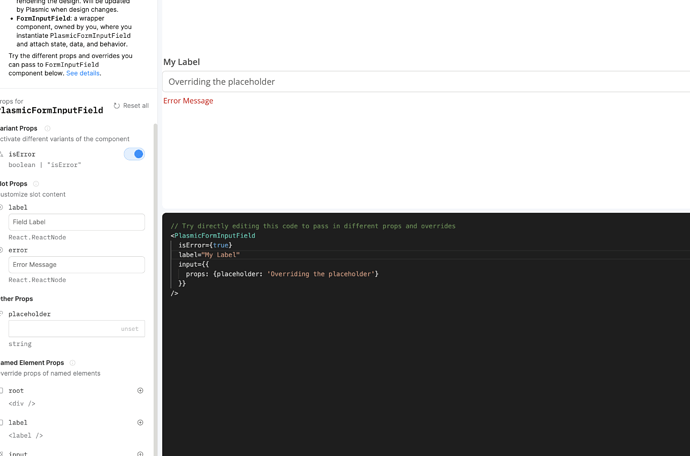 Inside my code (from codegen), when I display a page that has this component in it, it is showing me a type error. That page has that component as a named element, named name.

This IS working, the placeholder on the input field is overwritten.

Oh I see. I didn’t realize the PlasmicComponents referenced the skeleton components. I had considered deleting those files if I wasn’t using them, I guess I would have found out then.

Here is how I solved it and TS is happy
`