Where to set aspect-ratio on a CSS element?

trying to figure out where to set aspect-ratio on an element in css - is there anywhere to set arbitrary css?

Yes! You can set arbitrary css adding the custom embed css package to your project.
After adding it, a css editor will be available on the left pane in the project settings tab for you. 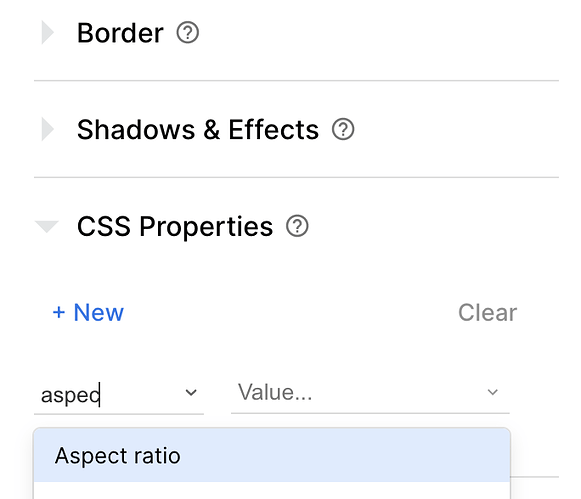 Thanks for the feedback @efficient_pelican - not supported yet but have relayed this to the team. Please keep it coming.

For now, the best approach is to define classes as Samuel mentioned and tag your elements with those classes.

This is ultimately the most powerful/scalable approach, since: