With Plasmic Figma import feature, can it replace code components not just Plasmic ones?

With this FigmaPlasmic import feature. Can it replace my code components not just Plasmic native components:
If so, OMG - I will be blown away!

You guys are FREAKS!
why is not every body using this amazing tool.

Is the plugin avail in FigJam too?

That way non designers can edit content (similar to your Author mode) and then use this plugin to get it in Plasmic.

Only for Figma for now

likely not in the near future…

WOW. Just pasted my 1st Figma DEISGN Button, which swapped it for the CODE Button
NOTE: It was not obvious that this needed to be an instance from Figma. Until I saw the note. 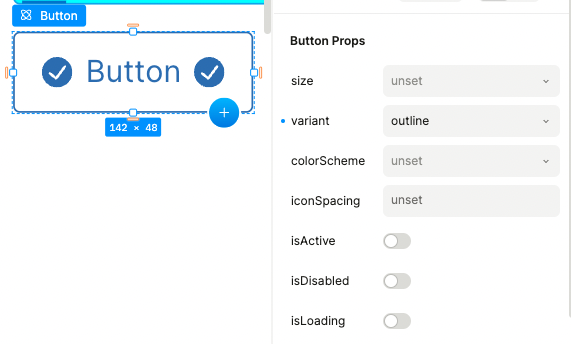 Actually, I had to change the AutoLayout in Plasmic, as pasted like this:

Even though it had a Auto layout in Figma:

Is this a bug?

then it still doesn’t work. Yet

does work, but only Plasmic Code Buttons not ones from Figma.

When it maps to a code component, Plasmic assumes that your component will be handling the layout within the code component, so it doesn’t try to set flex direction on the root container

OK - So I should be able to do this via ComponentStyleConfig above. Correct?

And is that something you can do as a feature request?